So part of our weekend was very much like the first 9 seconds of this video:

Monty Python and the Holy Grail

(I resisted the urge to shout, “Help!  Help!  I’m bein’ repressed!” while planting.  After all, I was there of my own free will.  And there was no sign of a king, although Max thinks he’s pretty important.) 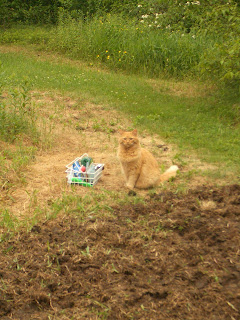 It’s been a very rainy and wet spring.  J was finally able to get the tilling done out back on Friday night, and when he was finished, it looked like this: 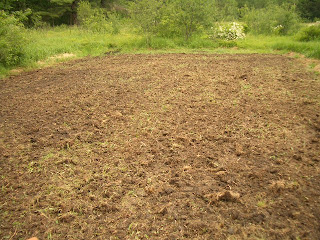 Once that was done, we could think about planting the pumpkins and watermelons.  We created mounds to plant the seeds in: 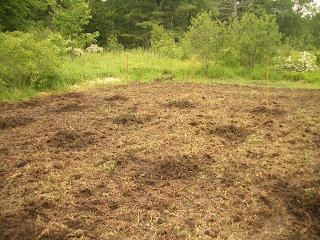 Put the seeds in…… 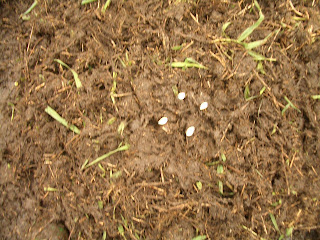 And covered them up: 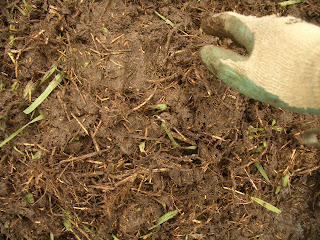 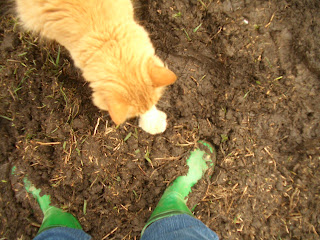 It was a great excuse to wear my frog boots, however!  (They’re left over from my days as a Conservation Commissioner.  So yes, I’ve worn them out in public.  I’m not known for my fashion sense, but I am known for my practical footwear.)  The whole thing felt a little like a, well, Monty Python movie.  At least I was laughing as I squished through the mud with my hoe.

We planted Jack-Be-Little, Lumina, Howden and Orange Dream pumpkins, and planted Sugar Baby watermelons.  We have hope that we will get both plants and pumpkins.  Watermelons would be great too, but we’re mostly interested in the pumpkins, because of our love of Halloween: 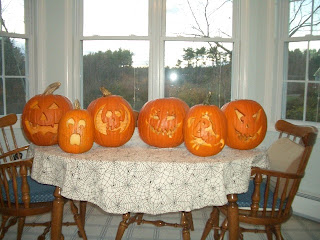 Of course, in the end, they all meet a fiery death: 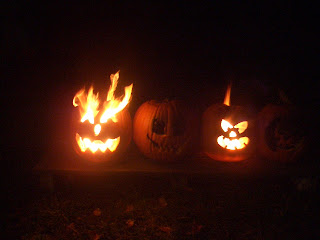 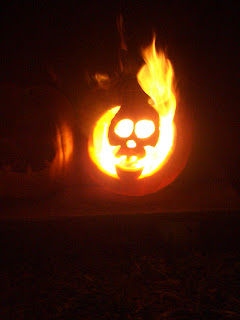 This is what passes for entertainment in the suburbs – flaming produce.