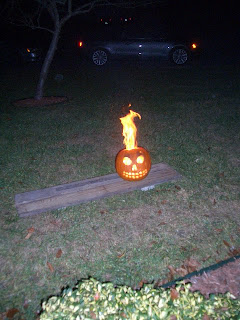 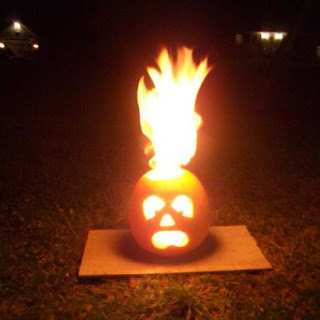 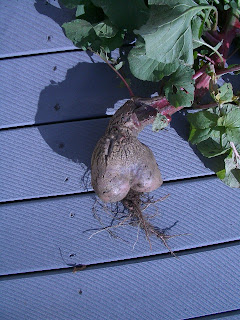 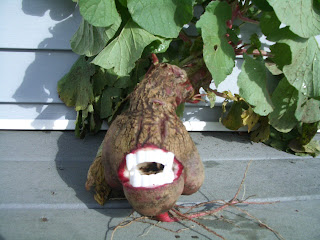 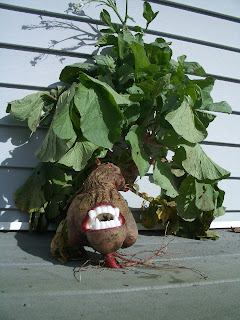 Hey, it’s October, and I am completely focused on Halloween, my favorite holiday.  In the spirit of that, I give you photos of monsterous and mutant vegetables. 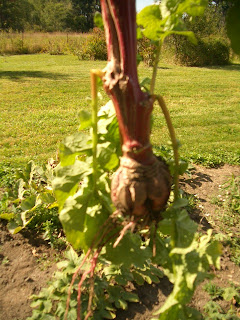 Way too large for a radish.  It did make us wonder how long we could leave them there and just how big they would get.

As you know, our squash plants were decimated by squash beetles.  Our neighbors, J & S, just a few hundred feet from us, saw virtually no damage at all.  They planted quite a bit of zucchini & summer squash, and it often gets away from them, as is evidenced in the photo below: They are arranged in an oversized mixing bowl in that photo, and the soda bottle you see in the upper right corner is actually a 2-liter bottle of soda, not a 16-oz one, just so you have perspective.
We actually consumed all that squash (I made epic amounts of chocolate chip zucchini bread, which freezes really well), but we chose to leave the radish for the rabbit.﻿